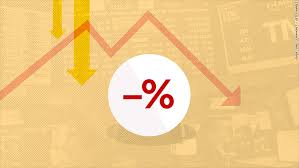 You may have heard of the newest wrinkle among central bankers. It’s called “NIRP,” which stands for negative interest rate policy. Several countries have already implemented this policy and are hoping their actions will stem the tide of deflation and low economic growth.

Although NIRP by its nature seems complicated, it really isn’t. All you need know is that just about every bank in the world is required to keep a percentage of its customer’s bank deposits in reserve in case their depositors want their money bank. In our country, banks are required to keep 10% of those funds “in reserve” at the 12 Federal Reserve banks around the country. Now you know where the Fed gets its name.

Usually, banks get paid an interest rate by the Fed for keeping that money on the side rather than lending it out or speculating on pork bellies or buying derivatives on mortgages like they did back in the days of the financial crisis. In this country, the Fed pays 0.50% on excess reserves (the required 10% of deposits plus whatever other excess money the banks might have). It might not sound like much, but when a money center bank has $100 to $300 billion in excess reserves, a half point interest can be worth a billion dollars a year or more.

Ever since the financial crisis, banks worldwide have chosen not to lend. Some of that reason is fear that borrowers won’t pay back their loans (think housing crisis). A mountain of new regulations since the crisis has also put a crimp in the lending business, making it more difficult and costly to lend. Those who could borrow (like big, multi-national corporations) are already flush with cash and don’t need the money. So the banks choose to park their excess reserves at the Fed and earn easy money with no risk.

It is a phenomenon that plagues economies worldwide. In an effort to convince the banks to lend, several countries have opted to institute a negative interest rate policy. The European Central Bank was the first major institution to adopt NIRP. They are now charging banks to hold their money overnight. Presently banks are paying the ECB 0.40%. Japan, whose economy is still struggling despite their quantitative easing program, followed suit and implemented their own NIRP a month.

In theory, interest rates below zero should reduce borrowing costs for companies and households, driving up demand for loans. But if credit-worthy companies don’t need to borrow and banks won’t lend to those whose credit is questionable, this theory begins to fray. At the same time, if banks decide to pass on this new negative interest rate cost to me their depositor, why should I keep my money in their checking account? So the banks are caught between a rock and a hard place. They either eat the costs themselves or pass them on and take the risk that I withdraw my cash and put it under the mattress.

NIRP can also trigger a currency war. Negative rates may persuade global investors to move their cash from Europe or Japan, as an example, to the U.S. That would weaken the yen and the euro and strengthen the greenback. It would make our exports more expensive while driving down the coast of imports into America. Overseas in Europe and Japan, the exact opposite would occur. Their imports would be more expensive, while their exports would become more competitive. That’s good for them but bad for us. The “Donald,” along with just about every other presidential candidate, is already threatening a trade war on this basis.

Some say NIRP is an act of desperation by central bankers who are running out of tools to prop up their economies. Our own Fed has said the idea has not been discounted and the idea is “in discussion.” Clearly, Janet Yellen and the Fed members want to see if the textbook theory pans out.

Investors have already seen some baffling results of NIRP. The yen and euro have strengthened rather than weakened, which is contrary to economic expectations. Although it is early days, banks overseas have chosen to absorb the negative interest rates rather than pass them on to consumers. That is hurting profit margins. There is no evidence to date that overseas banks are taking their excess reserves and buying more government bonds or highly rated commercial paper or lending more money out. All of the above would spur economic growth. Until there is further evidence, I expect that the U.S. will simply watch and wait.