Since the Financial Crisis, those who have kept their jobs consider themselves as lucky. That may be so, but at the same time many complain that their benefits have been cut as the price for further employment. There are signs that may be changing. 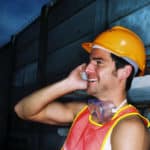 During 2008, like millions of other American workers, I attended a mandatory meeting at a former employer. The room was rife with fear and trepidation, since just days before the owner had laid off almost half the company. Instead of more firing, he announced that the company would no longer be providing a match to our employee 401 (K) retirement plans. He also reduced the number of paid time off for all of us. His announcement was met with relief that no one else would lose their job.

I’m not sure whether that employer  ever reinstated his employees’ benefits because I left shortly thereafter; I do know however, that many companies have started to become a bit more generous in what fringe benefits they provide their employees. The employer “match,” for example, is making a comeback in some companies, but with a new twist.  At that time was a company would match a certain percentage of your own contribution to a deferred benefit plan. Normally the match would range from 3% to as much as 6% of your yearly contribution.

However, IBM, the business services company with a great reputation for fringe benefits among its corporate peers, introduced a new wrinkle in their employee 401 (K) matching compensation this year. Big Blue will still match contributions (and never cut them during the recession), but will now delay their contributions until the end of the year on December 31. They will then pay them in a lump sum. If you leave before December 15, you lose the match. The only exceptions are those that retire that year.

This week, Morgan Stanley, the global brokerage house, announced a variation on that theme. It will defer for up to three years a part of the bonuses for all those who make more than $350,000 and whose bonuses are at least $50,000.  They will also pay those sums in both cash and stock. Although it does not affect the company’s financial advisors (brokers) this year, it may be a warning shot about how compensation will be paid in that group in the future. Of course, if you quit prior to the end of those three years, you forfeit any bonus that remains.

In another area, more companies are switching to a “paid time off” (PTO) option rather than the traditional allotment of a certain number of days for holidays, vacation, sickness, pregnancy leave, etc. This gives the employee the option of choosing how many days they can take off from a finite number, whether it is 15-20-30 days or whatever their company decides.

Although this change appears to be in the employee’s favor, many companies are nicking away at this benefit in marginal ways. Some companies are limiting the number of days one can carry over from the preceding year while others are reducing the total number of days off that employees enjoyed under the old method.

Of course, the most formidable challenge to employee benefits is yet to come. Obamacare. The Patient Protection and Affordable Care Act, becomes effective in 2014. This year corporations will have to devise ways to overhaul their employee health care coverage in answer to this new legislation. A couple of firms have already changed their provisions in the health care field. They are opting for what has been termed “Employee Choice” plans.

This plan will give each employee a fixed sum of money (indexed to the rate of yearly inflation) and allow them to choose their own medical coverage and health insurer in an online marketplace.

The employees, according to at least one of the companies, will be paying roughly the same out of pocket contributions under the new plan as they did in the old one. They claim the new approach will allow the employee to spend as little or as much on their health care as they think wise. The fear among opponents of this approach is that with the rising costs of health care, the lump sum won’t be nearly enough to cover future health care needs.

All in all, the return of employee benefits has been marginal at best, but it is in the early days right now. As the nation’s economy continues to grow and unemployment drops, there may yet come a time when fringe benefits will actually expand as a tool to woo hard to find workers. Right now, that may seem like a pipe dream but unless this country is doomed to an eternity of lackluster growth, that day will come.