This off again, on again market continues to grind higher, if only by a few points, but it is the direction that counts. This week it was the S&P 500 Index’s turn to chalk up another record gain. And so it goes. 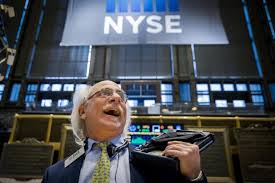 If you recall last week, we were at the bottom of the trading range before the “algos” (algorithmic trading programs of high frequency traders) kicked in and took us up again. This time the cast of characters responsible for lifting the markets included a declining dollar, higher interest rates and higher oil prices.

Before you ask, no, none of those reasons make any sense, but they are not supposed to. It’s simply a case of more noise in a market that is entering the summer period. It is the silly season where any lame-brained story might catch some attention and give traders an excuse to run the market up or down depending on the mood.

The fact that global interest rates rebounded from an extremely overbought condition, especially in places such as Europe, had some bond pundits predicting that interest rates in the U.S. were finally poised to start climbing. Sensational stories predicting the Fed has “lost control” of its ability to manage interest rates filled the airways and newsletters fueling further speculation in the bond pits.

The dollar’s three-week decline (after a huge and unprecedented 12-month gain) was immediately interpreted as a sign that the U.S. economy is slowing and recession might be just around the corner. My take is simply that the dollar is pulling back and consolidating after its massive gains.

Oil, of course, continues to be the excuse everyone uses when they can’t come up with a reason for why the markets are doing what they are doing. Oil goes up and it’s good for the energy patch. Oil goes down and it’s good for the consumer, until it isn’t. Gold, silver and basic materials jump in price (after 2-3 years of decline) and it supposedly says something about higher inflation expectations.

Contradictions abound among all of these stories. Oil is up on growing world economic demand, but the dollar is down because the same economies are slowing. Materials get a bid because inflation may be rising, while interest rates jump because global interest rates were too low. It is a market of extremes that simply can’t abide periods where nothing much is happening.

The bottom line here, folks, is that the U.S. economy will continue to grow at a modest pace, while employment continues to gain. The rate of wage increases will also continue to make gains. That, in turn, will have a far more beneficial impact on economic growth than any temporary decline in energy prices.

At some point this year, the Fed will raise rates while the rest of the globe continues to keep their interest rates low. That differential will allow the dollar to resume its outperformance versus other currencies, but at a more moderate pace. As such, the investment environment here in the U.S. and around the world will remain benign.

Like this week, we can expect the U.S. markets to continue to grind higher, a few points at a time. However, while the gains (followed by losses) per week or month may not be that great, over time we could still see a 5% gain in the U.S. by the end of the summer, if this pattern continues. There’s nothing wrong with that scenario, in my opinion.