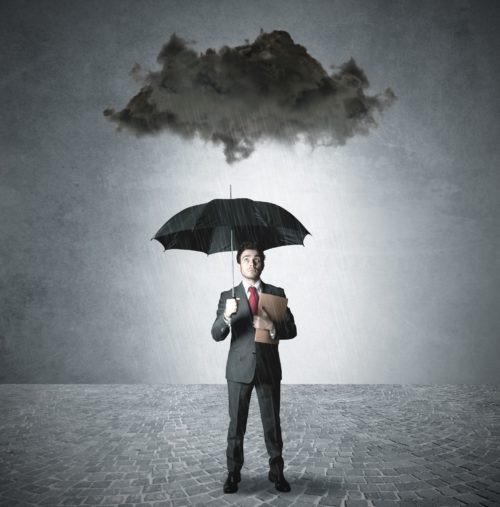 Now that Congress and the Federal Reserve Bank have fired the first salvo of relief spending, investors are wondering how long the trillions of dollars in aid will take to actually do something to alleviate some of the losses to the economy.

Administration officials believe that the cash payments to Americans should start arriving within the next three weeks. That said, most economists expect the country will fall into recession in the second quarter. That begins next week. No one knows how deep of a decline we will ultimately suffer, but suffice it to say, it will be a shock to most of us.

We can also expect a large, possibly a historical, jump in the unemployment rate; some say by 30% or more. If today’s unemployment data is any indication (3.28 million new jobless claims) we are in for some bad sledding. Just about every economic statistic that we use to predict the economy should also take a huge hit. My hope is that if you are prepared for these developments, you can take them in stride.

Let’s be clear: this is a self-inflicted wound to the economy. The nation needed to shut down, if even partially, to slow the spread of COVID-19. As such, we should bear the brunt of the damage in the second quarter, but we will not be out of the woods. As we enter the third and fourth quarters, expect more weakness, with the best case that by the summer into the fall; we could see a “transition” period.

Hopefully, if all goes well, the virus cases (and deaths) will have peaked by then, at least in the large metropolitan areas. That forecast is a bit “iffy” because it depends on a number of things. How long and how many states ultimately embrace a lock-down, and whether or not the shutdown is effective.

To date, because of the failure of the United States government to effectively respond to the disaster, we still do not know how many people are, or will be infected, or how and with what to treat them. In the midst of this uncertainty, President Trump wants us all to go back to work by Easter. Many health experts believe the president is speaking prematurely. If so, it wouldn’t be the first time.

Given the timeline and best-case guesses of the economists and the Federal Reserve Bank, the third quarter should experience negative growth as well. By definition, two negative quarters in a row would qualify 2020 as a recession year.  Exactly how negative the third quarter will be is anyone’s guess, but the hope is that the losses won’t be as bad as the second quarter.  The unemployment rate may continue to increase, but then turn around by the fourth quarter as more and more Americans go back to work.

The fourth quarter is when we should expect things to improve. Economists are hoping that by the holidays there will be some reason for consumers to celebrate. By the first quarter of next year, we should see an upward explosion in growth as things get back to what I will call “a new normal.”

Readers should be aware that the $2 trillion Federal spending bill that was passed this week is not a stimulus program. It is simply an attempt to partially compensate for the estimated $2.5 trillion in lost growth that the economy will suffer in the coming quarters. Likewise, the central bank’s multi-trillion-dollar injection of liquidity into the financial sector is not meant to stimulate, but only to provide support.

The question I ask myself is what will the economy look like next year after the pandemic has come and gone? Many on Wall Street expect that the government may pass another huge spending bill that will target economic stimulus. The question to ask is whether Washington can put aside partisan differences long enough to do so. Given the present high-level partisan divide in this country, despite the dangers of this pandemic, I wouldn’t hold my breath. Stimulus is different from relief. In an election year, who knows if anything can be passed.

We will also be entering 2021 with a vastly higher deficit.  Today, both the one-month and three-month U.S. Treasury bills are yielding below zero returns. In the coming months, it is possible that we will follow the rest of the world into a fixed income environment of zero interest rates across the spectrum of U.S. sovereign debt.

Although interest rates are expected to remain historically low, there is no guarantee that that scenario will play out.  It is far too early in this new economic cycle to start making forecasts for next year, but given the number of unknowns we face, I would advise readers to keep an open mind as far as the future. Anything can happen in this new environment, where all the rules and records seem to be coming undone on a daily basis.