The GOP’s plan to repeal and replace the Affordable Care Act was introduced this week. As one might expect, the Republican Party’s long-awaited plan was met with a firestorm of protests from just about every conceivable lobbying group. That’s exactly what one should expect, given that there is so much at stake. 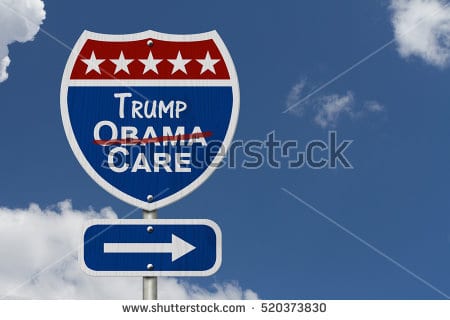 Headlines throughout the week warned that if the plan were passed in its present form, healthcare premiums could rise by 30% or more. Seniors could pay far more for coverage under the new plan, while between 6 million and 10 million people would lose their health insurance coverage altogether. The poor would get short shrift, while the wealthy would benefit most.

The new plan dubbed “The American Health Care Act,” (if all goes as planned) will be rolled out in three phases under a budgetary process that would allow Republicans to pass the bill through a simple majority in the Senate. The problem is that although Republicans are unanimous on the need to repeal the Affordable Care Act (ACA), the party is divided in how to replace it.

Readers might recall that after the landslide Republican victory in the general election, many Americans were worried that Obamacare would be abolished altogether. The doomsday crowd is convinced that the country’s health care insurance coverage will go back to the way things were prior to the ACA. I argue that it is too late for that.

Regardless of what you may think of President Obama, he and the Democratic Party set this nation on a new course. It will, in my opinion, result in universal health care coverage for all.

“But look at what the GOP is proposing,” argue the critics.

My answer is that it is early days and the legislation in its present form will not survive. The Senate (including many moderate Republicans) recognizes that there are deep flaws in Speaker Ryan’s plan. But some changes are necessary; otherwise the present program will simply sink further into disrepair.

Please remember, however, that even Barak Obama, in rolling out the Affordable Care Act, conceded that the legislation was not perfect. He fully expected revisions and amendments to the original act.  Unfortunately, thanks to a partisan Congress, those amendments never took place. Instead, the opposition simply demanded a repeal of Obamacare, but a funny thing happened on the way to the forum. Uninsured Americans actually saw the benefit of government-sponsored health care, regardless of its imperfections.

Remember too that in its present form, the House bill hands over huge benefits to those with the highest income (the one percent) at the expense of the very people who voted for our new president—older blue-collar whites. At least half of Trump’s constituency came from white voters without college degrees and the House bill hurts them in multiple ways.

Under Obamacare, in 20 of the 30 states Trump won, non-college whites gained more than any other group. The number of uninsured noncollege white folk fell by 39%. Older whites, above the age of 45, provided 56% of Trump’s vote. This group will be especially hard-hit if House Republicans get their way. They won’t.

Four Republican Senators have already gone on record opposing the House bill’s Medicaid provisions. Now that the ball is in their court, I believe Republican lawmakers will soon discover (if they haven’t already) that replacing the plan will not be that easy.

And whatever the plan that is finally passed in Washington, D.C., it too will be changed and amended for years to come. Similar to the evolution of Social Security from 1934 into the 1960s, the American version of universal health care will be a process of trial and error until we get it right. And make no mistake, we will get it right. All it requires is patience.