About the only thing interesting that happened to the stock market this week was Memorial Day and the markets were closed for that. Overseas, now that was a different story. 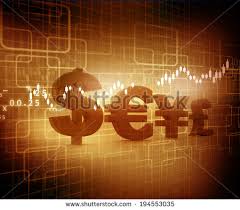 Greece, the longest playing political/financial drama in modern history, is still hanging tough if only by a thread. Yet another deadline approaches, June 5, which could/would/should be the straw that finally causes a break with the European Community; but then, maybe not. This time it is a payment owed to the International Monetary Fund.

Even if Greece manages to repay the $331 million loan on that day, it still has three more payments due in mid-June totaling 1.25 billion Euros. Technically, failure to pay these loan installments could spark another run on Greek banks, which would force capital controls, thus deepening an already precarious financial situation. What’s new about that?

The ups and downs of this day-to-day soap opera have become so ludicrous that most of the financial press is simply ignoring it. Not so for the European markets. Day traders and computer-driven trading programs are having a ball selling one day and buying the next. Each day we are seeing one percent-plus moves in those overseas averages.

In Asia, mainland Chinese stock markets (the “A” shares market) and the Hong Kong market (the “H” shares market) have had a rough week. Shanghai stocks dropped almost 7% overnight on Thursday and a further 4% on Friday before recovering to close at a modest loss. Hong Kong did better by only losing about 3% for the week.

Readers are aware that I have liked the Chinese markets all year. I still like them, even though stocks in that country have posted a 140% gain in the last twelve months. The trigger for this week’s precipitous two-day decline was the tightening of margin requirements among three of the largest mainland brokers. Back in February, a similar tightening had occurred with a similar reaction from Chinese investors.

The brokers, in my opinion, are simply receiving orders from the central government. It is in the government’s interest to see a strong stock market this year, but they also want to keep the animal spirits of their newly-minted stock investors under control. By reducing the amount of margin buying, the government creates these much-needed pullbacks. I expect similar moves in the future so prepare for more volatility.

Japan, (another one of my recommendations) continues to gain traction with the Nikkei up eleven days in a row (its longest winning streak since 1988). Gains in that market have been down-right sedate versus the Chinese. Nonetheless, Japan’s stock market is at a fifteen-year record high at 20,605. That brings its monthly gain to 5.6% versus the S&P 500’s gain of 3.5% for the entire year.

As we enter June, American investors can expect less action here and more action overseas. That’s not to say our markets won’t react if things go badly for Greece or the dollar once again resumes its rise, or the price of oil declines too far. But all I expect will happen is more of the same kind of trading we have had all year. We are caught in a trading range (with a modest upward bias). I’m not expecting the U.S. to break out of that range anytime soon.