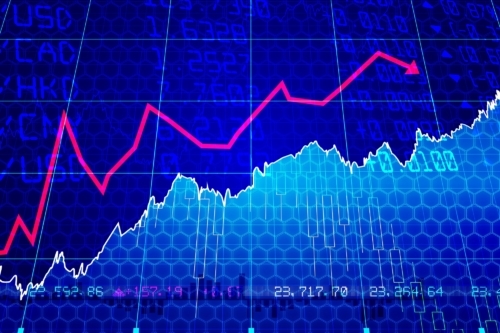 There were plenty of reasons why the stock market was a bit jumpy this week. Let’s go through them.

Two weeks ago, I wrote that I was worried “that we could suddenly see a spike in new Delta variant cases that impacts economic growth. Remember that less than half of all Americans are fully vaccinated. President Biden, his Chief Medical Advisor, Anthony Fauci, and the Fed are all sounding warnings over this risk, yet the markets are ignoring it.”

Investors finally caught on this week and began to realize the risk presented by the Delta variant and its impact on the re-opening of the U.S. economy. It is impossible, in my opinion, to maintain the economic pace of recovery in the U.S. and achieve full employment without herd immunity. Herd immunity would require a vaccination total of 70% of the population, according to medical experts at the Center for Disease Control.

The radical right, and their elected officials, which represents roughly 40% of the population, refuse to get vaccinated, or even follow the most rudimentary medical safeguards. It is partisan politics at its worse. And as a result, in my opinion, the economy will have an extremely difficult time realizing its potential, nor will the United Sates truly recover from COVID-19.

The next news item roiling investors involves the minutes of the last FOMC meeting, released on Wednesday. We already know that the Fed is planning to begin tapering, so it is really a question of when. Fed members were quoted as saying that “they might need to pull back their support for the economy sooner than they anticipated because of stronger than expected growth…”

Despite Chairman Jerome Powell’s assurances otherwise (that tapering would happen later, not sooner), we read that “various participants mentioned that they expected the conditions for beginning to reduce the pace of asset purchases to be met somewhat earlier than they had anticipated at previous meetings in light of the incoming data…”

Investors simply took that to mean that sooner, rather than later, was now the Fed’s timetable for tightening. When markets are at record highs, those are the kind of words that can (and did) ignite a decline.

And then we have the worrying yield trend of the U.S. Ten-Year Bond. The yield on the “Tens” fell to 1.25% this week. Less than a month ago, the worry was that yields would rise to 2% before the end of the year. What happened? It could be that fears of the new Delta variant have forced bond investors to seek safety in bonds, while adjusting the growth rate of the economy downward.

Another concern is that the OPEC+ members have yet to come to any kind of production agreement. Traders expected that lack of compromise to put even more pressure on prices, but the opposite occurred. Some energy bears say that the United Arab Emirates’ (UAE) refusal to back an increase in production has created a potential crack in the solidarity of the oil cartel. In which case, anything could happen.

Finally, the debacle involving the $4.4 billion, initial public offering of Didi, the Chinese ride-share company, has thrown global investors for a loop. Last weekend, a day after the IPO, the Chinese government ordered the company to cease accepting new users and to close down its app. Chinese regulatory authorities are probing whether Didi, as well as other companies, illegally collected and utilized personal data.

In the past year or two, these regulatory probes of Chinese companies have been increasing. Chinese global growth companies like Alibaba, and its wholly owned subsidiary, financial credit giant, Ant Group, have been ham-strung by the Chinese government’s initiative to exert control over social media and how they handle, collect and share data. Regulators in November of 2020, for example, simply halted Ant Group’s multi-billion-dollar dual listing in Hong Kong and Shanghai at the last minute.

Didi’s share price was down more than 20% since its IPO and other large Chinese companies, especially those in social media and e-commerce, have dropped more than 30% in the past few months. That has put even more pressure on the markets.

Readers should expect more volatility in the days ahead. There are fewer traders, less volume and more opportunity for algos to move markets up and down at the drop of a hat. It is a good time to take some time off and enjoy the summer weather. Stay invested.