For years, investors bought into the China story. Growth rates twice as fast as the rest of the world, fueled by sky-rocketing exports made competitive by billions of hard-working, low-wage employees grateful to have a job. What happened? 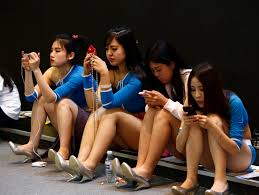 Times have changed. Back in the late 1970s when China first opened its fledgling economy to foreign investment, manufacturing became the chief driver of economic growth, which led to increased exports, more foreign investment and double digit growth rates. The powerful Communist government controlled the process through its sponsorship of state-owned enterprises. These mammoth companies became the symbols of a new “Chinese Authoritarian Capitalism.”

As such, they played a pivotal role in channeling that foreign money and the goods it produced through the economy. Along the way, these companies were listed both on the Chinese stock market as well as abroad. They became the investments of choice and were included in all the most liquid and popular mutual funds and exchange traded funds. As time wore on, these companies borrowed more, hired more and purchased more and more. Corruption, mismanagement and scandal began to pop up among the managements of these companies. At the same time, as the worldwide financial crisis unfolded, the Chinese economy started to falter.

Unfortunately, at about the same time, China’s leaders decided that it was time to transition the economy from its reliance on manufacturing and exports to a new growth model more dependent on consumer services and other forms of consumption. The move made economic sense.

China, through opening its economy, had engineered the birth of an enormous and growing middle class. These new consumers, so the reasoning goes, are both willing and able to support such an economic shift. As China’s old economy began to slump and its reliance on areas such as banks, energy, industrials and materials decreased, other sectors such as technology, alternative energy, education, media and entertainment exploded.

However attempting such a monumental feat in short order had consequences. China’s economic growth rate continued to fall. Partially a victim of overall slowing global growth, as well as the predictable disruption of transitioning their massive economy from exports to consumption, the country saw its growth rate cut in half over the last few years. Of course, not many realize that China’s economy had expanded 100% from what it was ten years ago. As such, a 6-7% growth rate today, on ten times the amount of GDP, is still far greater than any other country in the world.

While all of this played out within the country, foreign investors were pretty much excluded from investing in the new growth areas. Most of the existing investment vehicles are made up of “old China” companies that are closing down, losing money or both, while new China stocks are off-limits to most foreigners.

Investors today need to understand these changes, which go beyond a simple old/new division. The Chinese middle-class, for example, is becoming increasingly health-conscious and focused on quality. And because the government is cracking down on the rampant corruption among corporate executives, especially in the state-owned enterprises, luxury goods and “gift-giving” providers are also seeing a decline in business.

Here in the U.S., there are a few ways of playing the growing portion of the Chinese economy. There are a handful of “new” China stocks available, as well as a couple of mutual funds and exchange traded funds (ETFs). If you are interested in discussing this further, give me a call or shoot me an e-mail. Saying this, investing in China is not for the faint of heart under the best of circumstances. It requires work and a strong stomach for volatility.