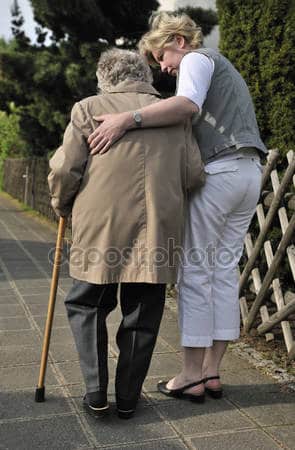 We are a country divided. Washington is paralyzed. Half the country considers our president a joke and any and all legislation is dead on arrival, according to the TV talking heads. Social media is filled with outrage and despair. As a result, Americans are supposedly wringing their hands, or worse, hiding under the covers. Don’t you believe it!

To hear the media tell it, on one side of this nation are the ultra-left, tree-hugging liberals, who want government to do everything by taking from the rich and giving to the poor. On the other side, are the red-necked conservatives, who despise government and its welfare programs. They want to whack the Muslims, build “the wall,” put God back in the classroom, and generally “live free and die hard.”

Granted, there probably are people who fit both stereotypes, but this isn’t a story about them. It is a tale about real Americans. It’s a story about getting off one’s butt, rolling up one’s sleeves, and helping others, sometimes even saving lives, regardless of your political affiliation or views. It begins deep in Trump country, but it doesn’t end there.

The Mercy Clinic of Fort Worth, Texas, was founded back in 2013. Its goal is to provide free medical and dental services (including prescription drugs) to 35,000 residents in a particular zip code in the city. Last year, the entirely volunteer staff of 140 treated 1,700 patients, although they were only open two evenings a week. This year they plan to double the number of patients seen. Dentists, doctors, nurses, computer techs, business people, ranchers, farmers and everyone in-between are volunteering their time and money.

The clinic’s budget this year is $140,000 and just about all of their patients were either undocumented aliens working in this country illegally or those who have no insurance and little prospect of obtaining it. The volunteers work out of a two-story building that was originally provided by their church. Twenty-five men, women and children spent months of their own time and money renovating and repairing the place. It’s beautiful, tastefully furnished and chock filled with modern medical equipment. But they have already outgrown it.

As a result, they have established themselves as a non-charitable, 501(c) organization and are hell-bent on raising $2.5 million to build a bigger, better facility with even better equipment and services to help even more of the city’s underprivileged. On my last trip to Texas, I toured the facility, observed those treated, and talked to some of the volunteers responsible for the undertaking.

“This isn’t about Walls or Muslims or Obamacare, “explains Bill Rice, a local small businessman and one of the founders of the clinic. “It’s about helping those who need it, regardless of whether they are legal, Mexican or whatever.”

Others explained that while the debate on who is right (or wrong) among politicians and the media rages on, “real people need help, and real people need to help them,” says Dr. Jack Keen, the clinic’s medical director.

Bottom line: while the politicians fiddle and the media incites, someone needed to do something about those in this country who are in trouble. Texans are standing up to be counted. This was just one tiny slice of life in Trump country as I experienced it. Charites like the Mercy Clinic are springing up throughout Texas and elsewhere.  It should be a lesson to all of us on how to take America’s destiny in our own hands. In my next column, I will be visiting another charity, only this time in Bernie Sanders country.