As Senate Republicans unveil their version of a new health care law replacing the Affordable Care Act today, Democrats are already crying foul. But while politicians are busy back-stabbing each other, there are real people out there who are sick and getting sicker. 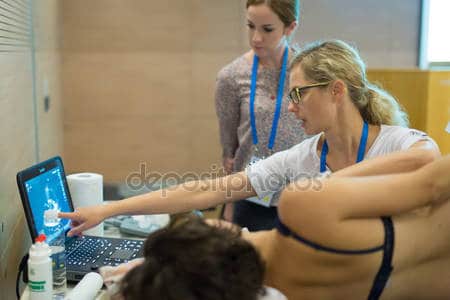 These are Americans who can’t afford, or can no longer find, insurance. Their stories are evidently not “newsworthy”. Instead, the media prefers to accentuate the divisions among our lawmakers, while President Trump describes the House “Choice Act” as “mean”. In the meantime, who is taking care of all those sick and elderly victims in this supposedly divisive America?

Well, the national, 90-clinic strong, Volunteers in Medicine (VIM) are doing their damdest to help. “A national solution to America’s uninsured”, is the slogan of this the non-profit organization founded in 1994 by a physician, Dr. Jack McConnell, in Hilton Head, SC. They provide free medical, dental and other health-related services to all those who have no insurance and can’t afford it. Sound familiar?

It should. In my last column, I wrote about the heroic volunteers of the Mercy Mission, a wholly-volunteer, charitable organization deep in Trump country that is doing a yeoman’s job of providing the same–free dental and medical services to the poor and undocumented in Fort Worth, TX.

This week, I visited a VIM clinic in Great Barrington in Berkshire County, MA. http://www.vimberkshires.org Hillary Clinton once called Massachusetts “the Red Army of the Democratic Party”. You can’t get more liberal than Great Barrington. It is where Arthur Peisner, the local VIM Chairman, oversees 150 volunteers that have provided 4500 hours of clinical services this year alone to the undocumented, uninsured and poor residents in this hot-bed of liberalism. Since their founding in 2004, they have helped over 2,800 people in 30,000 clinic visits.

This particular VIM, in addition to medical and dental services, provides mental health, optometry, nutritional counseling, acupuncture and even therapeutic massage. “We help whoever comes through our doors, however we can”, says Mr. Peisner, who ran Lionel Trains, Inc. for many years before retiring to the Berkshires 17 years ago.

His tireless Director of Medical Services, Ilana Steinhauer, is a firebrand whose compassion and support for the “have-nots” in our society is obvious. Like all their volunteers, she is committed to doing what our politicians can’t or won’t–helping those in need.

I tracked down Sasha Bianchi, the Executive Director of VIM’s national organization, Sasha Bianchi, in Bernie Sander’s home state of Vermont. To hear tell, everyone in Vermont wants universal health care and a society where government does everything. We talked about the myths that both liberals and Conservatives hold about each other and how the press and political parties tend to perpetuate those ideas.

“We see none of that here nor anywhere else in the nation, and clinics are popping up everywhere”.

“But what about the idea, held by so many up here in liberal land, that people in places like staunchly- Republican Texas, believe people should fend for themselves and all undocumented Mexicans should be arrested and booted back over the border?” I asked.

“All I can tell you is the facts,” she said. “We’ve got more clinics opening up in Texas than anywhere else in the country.”

The moral of this tale of two charities is quite obvious. Although we are led to believe that the tree-hugging liberals on both Coasts want government to do everything, while they sit back and clip coupons, is no more true than every Republican Trump supporter is a die-hard, gun-toting, minority-hating, red-neck.

The truth is that most of us are loving people who are doing the exact same thing: caring in our own way for those less fortunate than ourselves. My advice is to ignore the myths of America that the politicians and media would have you believe. The volunteers at the Mercy Clinic and at VIM should be an example to us all.  Put away your social media devices, roll up your sleeves, and go out there and help.