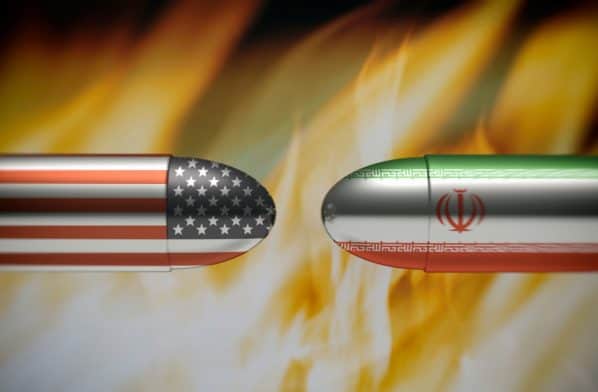 Donald Trump’s decision this week to kill Iran’s second-most important figure, General Qassem Soleimanai, this week placed a time-out on the stock market’s bull run into the New Year. Do you run for the hills or do you buy the dip?

If I look back to other geopolitical events, my first reaction is to use any further declines as an opportunity to increase exposure to the stock markets. At the same time, I wouldn’t chase those categories of assets that have vaulted higher in response to this event. Gold and oil both moved higher overnight, but those gains could be fleeting as investors begin to assess whether or not there will be any further downside.

That is not to say that dropping a bomb on the architect of many of America’s greatest problems in the Middle East will go unanswered by the Iranian government. How and when the Iranians respond should keep all the markets on edge in the near future. And therein lies the problem.

In my opinion, the best of all possible outcomes is for the Iranians to respond quickly, maybe this weekend or next week.  That would give our side the greatest chance of thwarting such a move because we would be on high alert. As time passes, however, human behavior is such that gradually we would begin to let down our guard.

In the same way, investors will be cautious at first, but as time goes by without a response, it will be back to business as usual. Until it isn’t. And while geopolitical events are always a risk when investing, the high valuations that presently exist throughout the markets could set us up for s a significant fall. Of course, it depends on what and how successful the Iranian response is.

Clearly, from a number of indicators such as momentum, sentiment and in some cases, extreme valuations, stocks are due for a pullback. This week’s US Advisor Sentiment report indicates extreme overbought conditions right now. The bull-bear spread expanded to 41.1% from 40.4%. In the past, differences above 30% signal concerns and those over 40% indicate investors should begin to take defensive action.

For many of us, the spectacular gains we have enjoyed in 2019 set us up for disappointment this year. Like everyone, I would love to see this bull market continue. I am as greedy as the next guy, but I have been in this game long enough to know that rarely happens. And while the majority of strategists and analysts are uber-bullish right now about the prospects for stocks this year, that could change at the first hint of adversity.

As such, don’t get your hopes up too high right now. What you wish for the most (more upside), would simply set us up for a nasty decline when we least expect it. Prepare, instead, for some volatility. Expect stocks to decline, likely sooner than later, possibly even before this month is out. And if it were to occur, whether because of Iran, a snag in the Phase One trade deal, or something else, be glad, be happy, because it could set us up for further gains in the months ahead.