About a month ago, the national debt topped $22 trillion for the first time. What’s more, it only took a year to tack on another $1 trillion. Unless we do something soon, we could see those kinds of yearly borrowing double within the next decade. 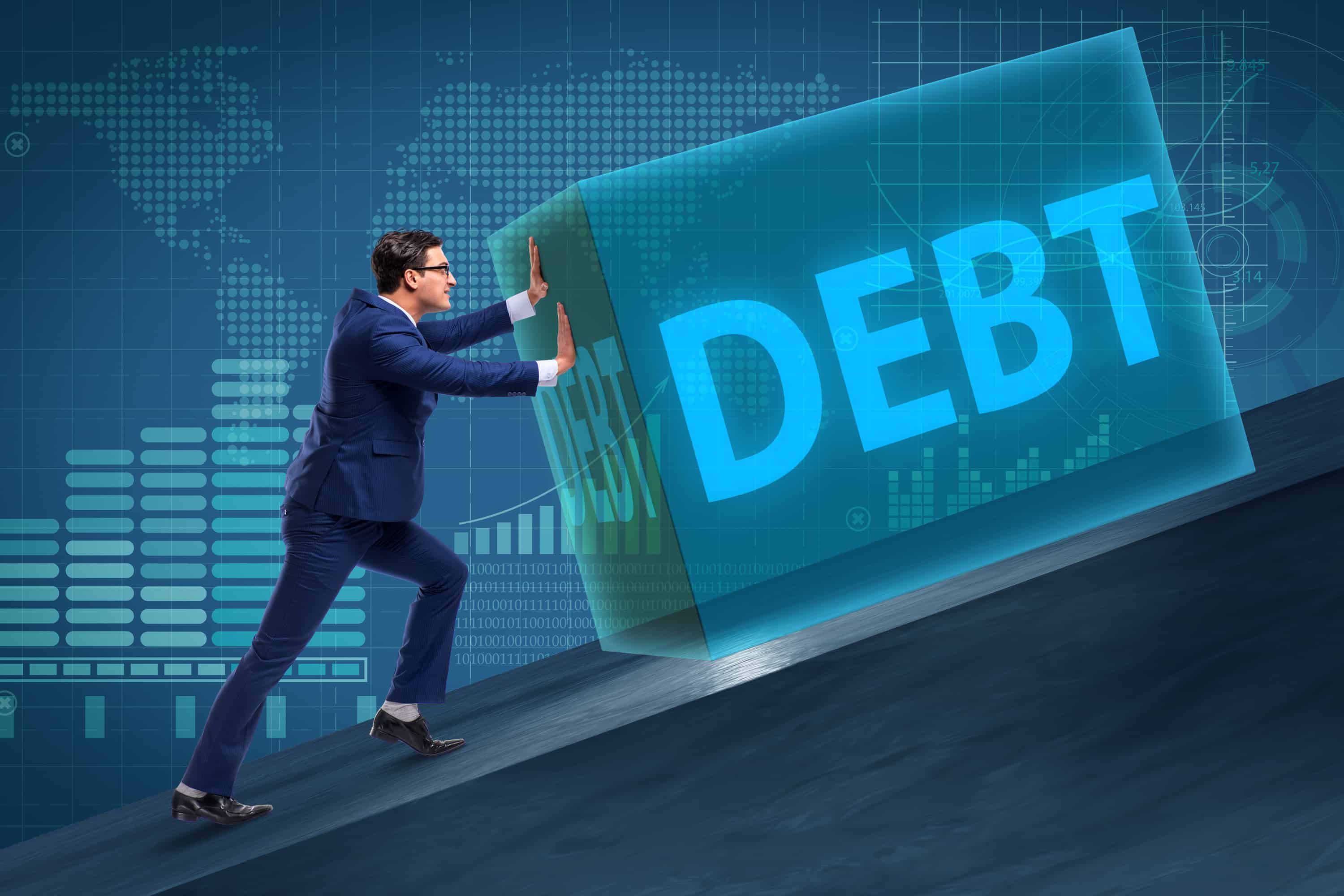 Let’s define U.S. debt as the sum of all outstanding debt owed by the federal government. Two-thirds of this debt is held by you and me. It is called public debt, while one-third is held by various inter-governmental departments and agencies such as Social Security and other trust funds.

We have the distinction of being the world’s largest debtor, although the European Union is a close second. We now have more debt on our books than we produce in goods and services in a year. If you and I were in the same boat (and most of us are), we might have a problem repaying that debt in the future. If interest rates begin to rise, we might need to cut back on our spending just to make the monthly payments. As you might imagine, your debt and the government’s have a lot in common.

Using the nation’s debt practices as our model, we find that more and more Americans are accumulating debt. And, what’s more, we are dying with that debt on our books. About 73% of Americans who die have unpaid debt that totals much more than their funeral expenses, according to Experian PLC, a large credit card reporting bureau; the average amount of that debt is about $62,000.

As you might expect, unpaid mortgages account for 37% of those liabilities, followed by student loans (in many cases), while credit card debt is relatively small (after personal and auto loans). But if you ask the typical American if they believe they will be in debt their entire lives, only 30% would answer in the affirmative.

And like the nation, there are common threads between the causes of our personal debt and that of the nation. Most of us borrow when we have nowhere else to go in order to make ends meet. God forbid we stop spending. In the case of the nation, we borrow when the economy gets into trouble and keep borrowing until things are good again.

Historically, the largest percentage increase in our debt occurred under President Franklin Delano Roosevelt back in the 30s and 40s to combat the Great Depression and the onset of WW II. It was President Obama who ran up the largest deficit dollar-wise in our history (in order to deal with the Financial Crisis). His predecessor, George W. Bush, came in second. Bush’s spending can also be attributed to the Financial Crisis, since it was his administration that spawned and presided over that calamity.

A second cause of our government indebtedness has been our borrowing from the Social Security Trust Fund. The politicians have been using the revenue from that fund to spend more and more for decades. To them, it has functioned as an interest-free loan, although at some point (2035) that situation is going to reverse, and those borrowings will have to be paid back to retirees.

Personally, many of us do the same thing with our credit cards. Many of us look at it as free money, although our borrowings are by no means interest-free, which ultimately ends up in so many of us going bankrupt.

America also has its equivalent credit lenders. China and Japan, for example, have been happy to lend to us, so we can keep buying their exports year after year. And like credit card companies, they will be receiving more and more interest in return for their loans to us. And like consumers, at some point, we could end up never paying off more than the monthly payments. Where will that stop? Unlike us, the federal government can always vote to raise the debt ceiling and borrow more and more, while if we borrow too much our credit is curtailed.

None of this should be news to readers. You hear about the out-of-control national debt all the time. But If you are anything like me, when economists throw around numbers like one and two trillion dollars, I lose interest. I simply can’t wrap my head around figures that large.

As such, is it any wonder that there is a growing movement of ultra-liberal legislators who argue that we can continue to borrow as a nation like this, no matter how high the debt goes? It’s “all-good,” they say, as long as we can continue meeting our monthly payments, while keeping economic growth moderately strong and inflation low. Unfortunately, that is a pipe dream, in my opinion, and in my next column I will tell you why.