Every summer for the last three years economists have announced that the housing market has finally bottomed. But in the same breath, they talk about a recovery they expect in the months and years ahead. I agree that the bottom is in but there is little sign of that promised recovery. 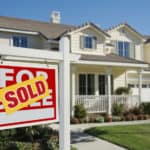 In a recent Wall Street Journal poll of 44 economists, all but three were convinced that housing has hit bottom. To back up their contention, one need only review the data in that sector over the last few months.  In May, as just one example, 10% more existing homes were sold than in the same month last year. Builders also started on 26% more single-family homes that month than the depressed levels of last spring.

In June, housing starts rose 6.9% to a seasonally adjusted annual rate of 760,000 units, which is the highest rate since October, 2008. But new permits for building homes dropped 3.7% and pending home sales actually decreased by 1.4%. In a bottoming process, however, conflicting numbers are to be expected.  In an actual recovery one should expect a consistent string of stronger data points month after month. That has failed to occur.

For the past several years, good news in the spring and summer (the traditional season for home buying) was followed by disappointing data in the fall and winter. We need to see more robust numbers throughout the year and a broadening out of this trend before a housing recovery becomes a reality.

Zillow, a research organization that measures home values, said on Tuesday that the U.S. market has turned the corner after a five-year slump. They point to the fact that home values have risen for four consecutive months. Yet, when the data is examined closely, we find that the biggest price gains are in the markets that saw the largest drops during the real estate crash. California, Arizona, Florida and Nevada have seen higher prices but from a very low base. Whereas places like St. Louis, Chicago and Philadelphia saw price declines.

It could be that the markets that saw the largest gains were simply correcting an oversold condition that was not sustainable. In other words, prices were too cheap, even under these market conditions, and buyers recognized this. If we are in a true recovery, we should see a continuation in price increases in these markets with a flattening out of prices in declining markets.

Many economists argue that this time around a declining supply of houses will bolster the real estate market’s recovery. Here again, I look at the level of homes for sale with a jaundiced eye.  The level of housing inventory that is being held “off market” concerns me. First, there is the large pool of foreclosed properties that the banks are holding and can’t wait to get off their books.

In addition, roughly one third of all homeowners are underwater on their mortgages. Many of these owners are hoping for a recovery in prices before selling. Finally, a substantial portion of existing home sales have been purchased for cash by buyers who  intend on renting out these properties until the market turns and then selling them at a profit.

If I’m correct, that represents an awful lot of potential homes for sale that are not being counted in the nation’s housing supply by those who argue that a recovery is underway. About the best that can be said for housing is, if a bottom has occurred, then the housing sector will no longer be a drag on the economy overall. It may also mean that prices will stabilize at last at a lower level, although how long it will be before prices increase is a function of how much inventory there is left to be sold.

In my opinion, it could take several more years before that existing stock of houses is sold off and another generation of home buyers actually begins the process of bidding up home prices once again. For prices to return to their pre-crash level, we would need to see the economy come roaring back and the jobless rate drop precipitously.

In the meantime, if you are in the market for a place to live, focus on the attractions of owning rather than renting a home to live in rather than as an investment. Unless something changes radically in this country, it could take a long time before you actually see a recovery in housing.